„ I love climbing, especially because of the challenge, the required effort, the achievements, the travels to the climbing areas, the people you meet, the diversity of movements,.. just to name a few wonderful things about climbing. “ 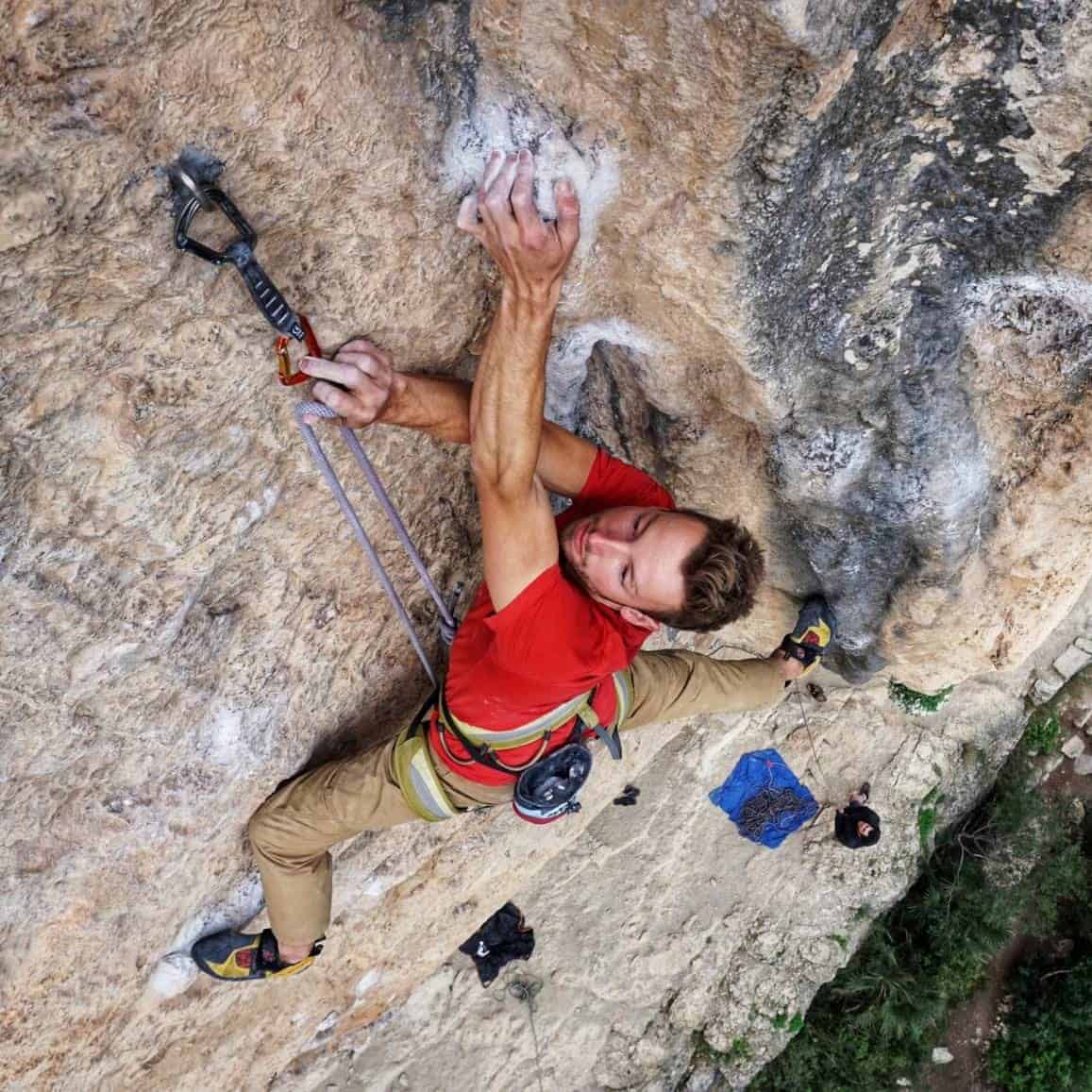 More about Markus at Digital Rock

What do you usually do in your spare time?

Most of my spare time I probably spend in the mountains. Sportclimbing and alpine climbing in the alps and if I have a bit more time off I go somewhere else on this big and wide world. In winter and spring I enjoy doing some ski tours. And I love capturing those adventures with a camera. During the week I often train for myself or train others at Boulderwelt.

Give us a fun fact about you or a remarkable experience in your climbing career.

My sudden promotion to an mountain guide: One summer, when I was in the Cordillera Blanca, the wonderful Andes of Peru, with my two siblings, we tried our first 6000m peak, Tocllaraju (6034m). A good friend of my brother, Schuyler, who already had some mountain and glacier experience, was also there and led our small group. Everything was planned, equipment rented, a donkey to walk up to the hut was organized and the adventure started. From the hut we started with an introductory tour to the Urus, until then an elevation of 5423m had been by far the highest mountain I have climbed and it was a really fast introduction concerning the height. The next day we started our expedition: First glacier camp at 5000m, second glacier camp at 5350m, and from there we would hike up the following morning. We started at 3am, quickly choked down a cold oatmeal and went off at -10 degrees Celsius. It went steeply up the glacier and was very exhausting, nobody slept much. After a few hours we faced the first big challenge, a 100 meter high to 80 degrees steep ice wall. Schuyler was feeling very bad, he got altitude sickness and has no other choice but to descend to the camp. There we had been now, in front of the big ice wall, but turning back was not really an option yet. "Well, then let's go", I thought to myself, "it's not so different from multi pitch climbing." So, I took the lead and climbed the few pitches of ice climbing. Bit by bit we worked our way from there to the summit. "It became more and more exhausting with every step and is was only progressing very slow, the height was really hard on us but it went on. Sometime after what felt like an eternity, we stood in front of the summit pyramid. Unfortunately, that's what it was, a much too thin snow bridge and then a vertical ice wall. The last part was just too dangerous and we were too exhausted. We made it just over 6000 meters. So, we took a short break and started the not less adventurous descent. After several hours we were back in camp and had thus survived the worst. Everyone is incredibly exhausted but healthy and unhurt. And one adventure richer that we will not forget so quickly.

What are your long term and/or short term goals?

So far, Kale Borroka in Siurana (8b+) is my hardest sport climbing route, so it's clear: Next goal 8c and maybe some other 8b+ routes. Also, it is very important for me to improve my skills in all areas of climbing and mountaineering. That means also difficult multipitches, trad climbing, skiing/ high-altitude tours and hopefully sometime more bouldering competitions are on the program. During the last year in Spain I was also able to work a lot on my onsight skills, one of my favorite disciplines because it is so versatile and challenging. In the meantime I could already climb an 8a+ and already some 8a's in Onsight and I want to continue to collect routes. Though, goal number one is to stay uninjured and have as much fun as possible of course ;)

Share passion. Connect experience. Equip professionally. We are grateful to be in close contact with renowned athletes in order to live out our passion for climbing together. This is what enables us to develop innovative products and provide professional equipment for all climbers. 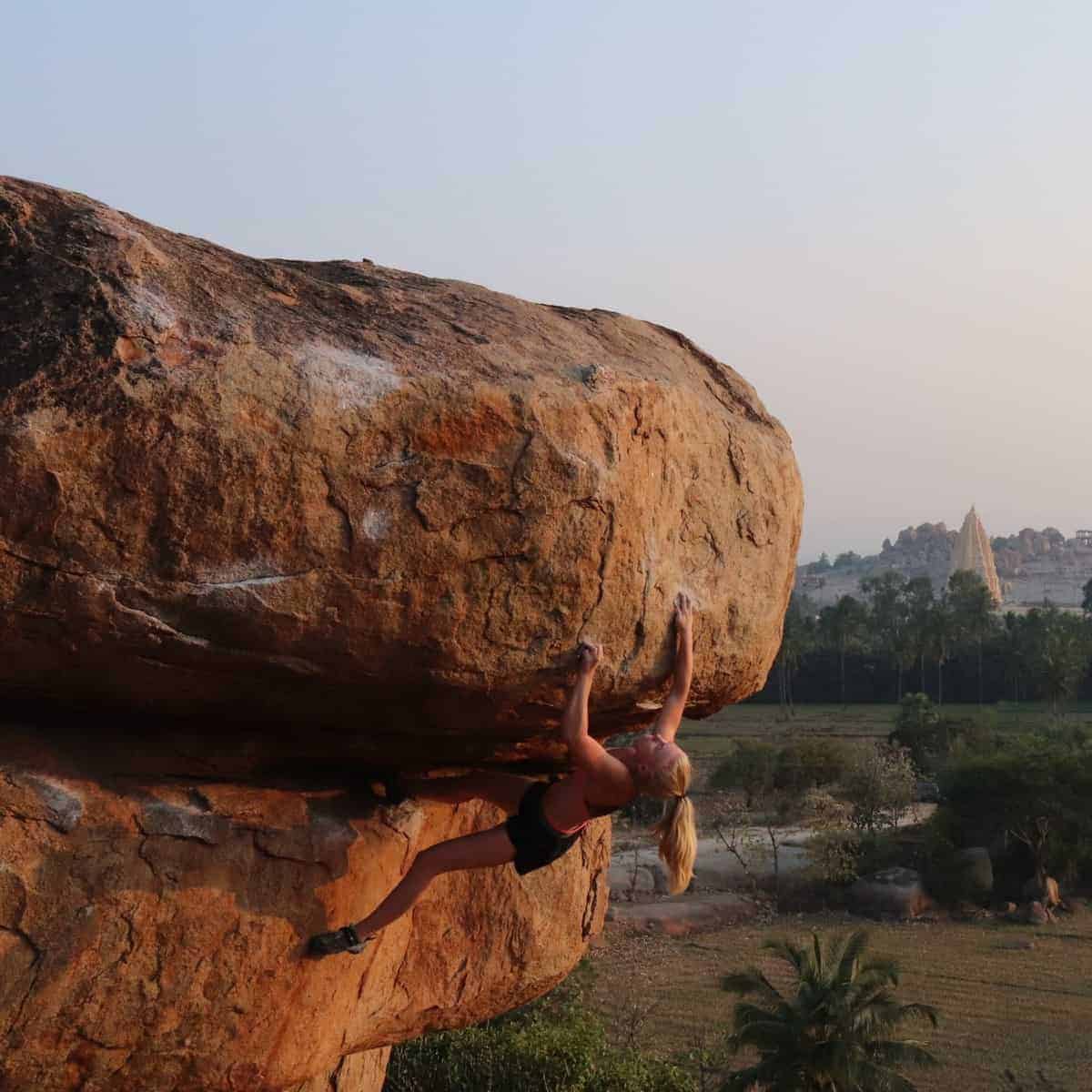 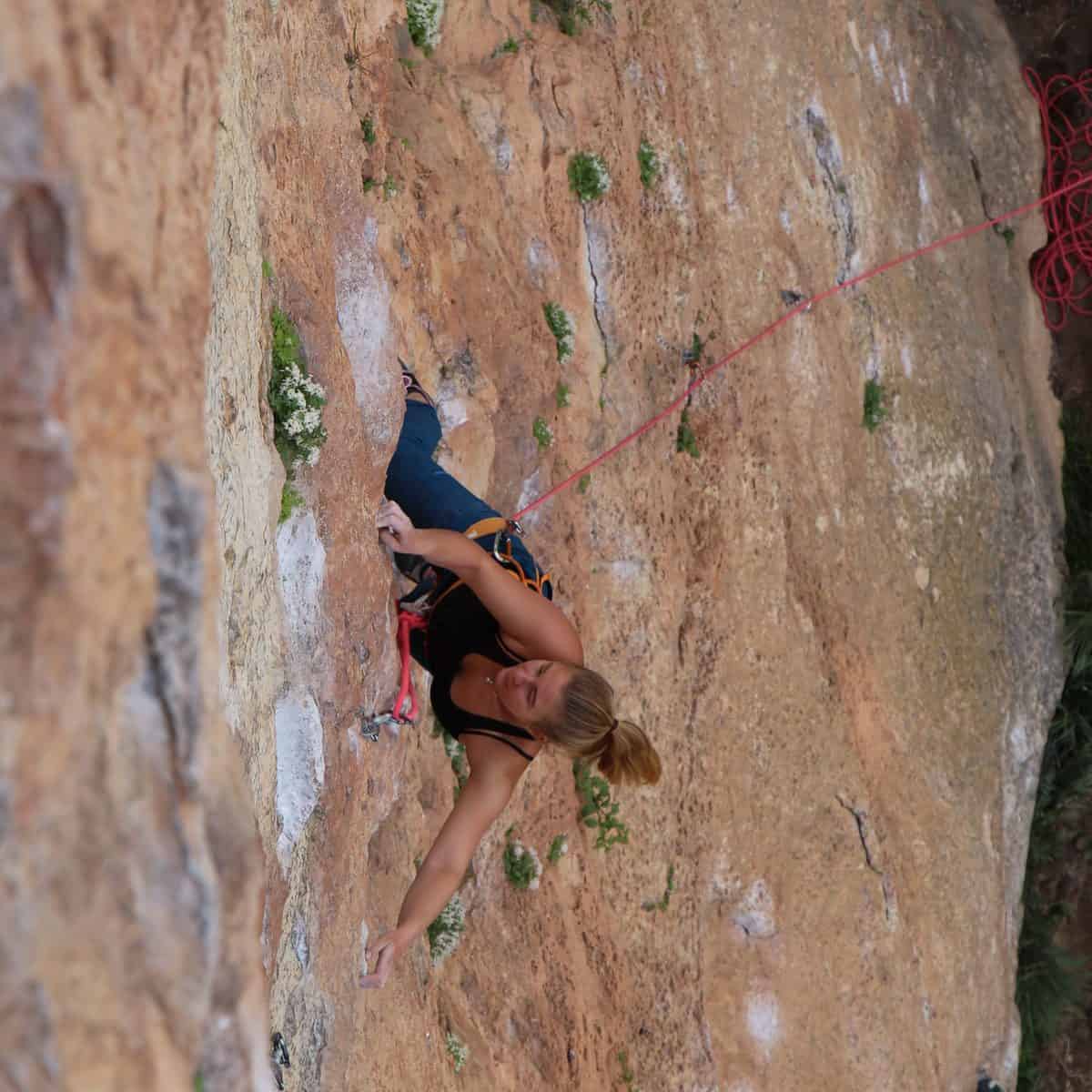 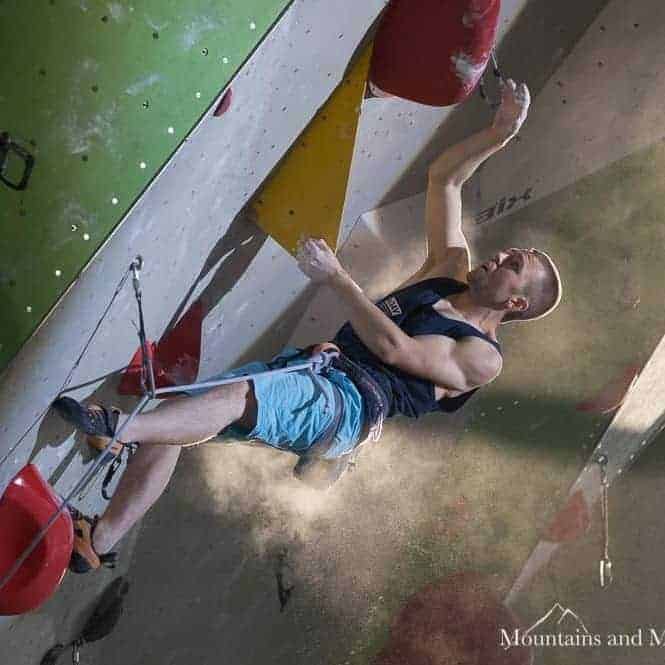 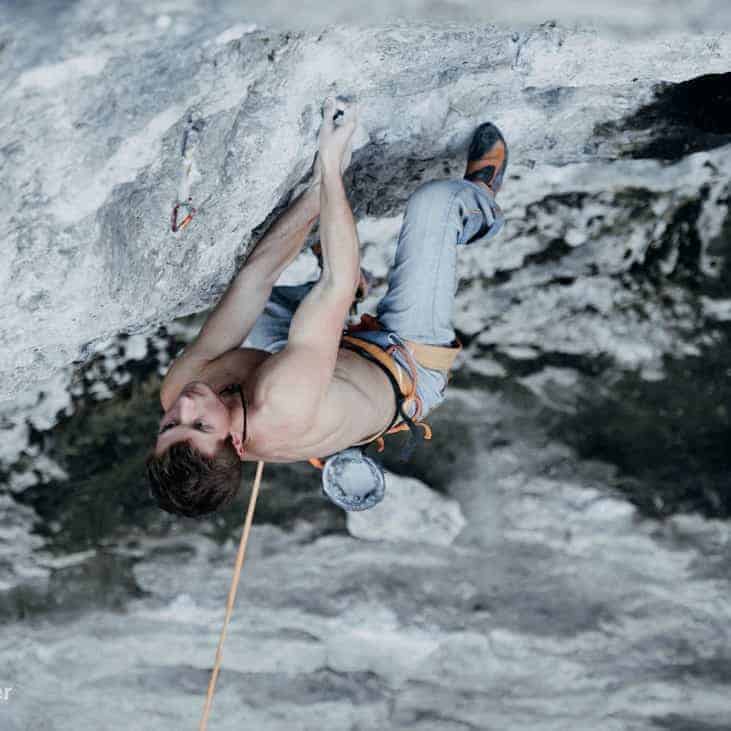 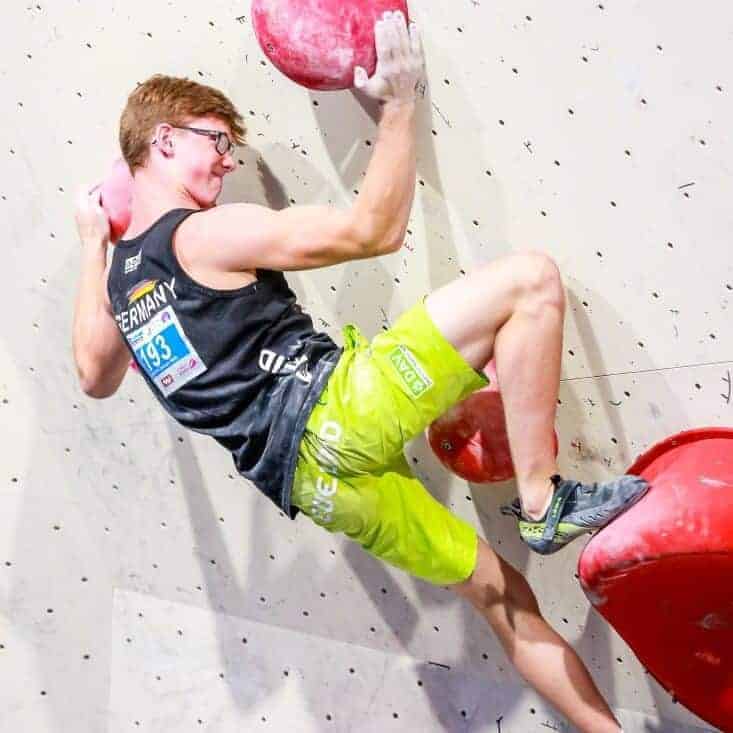 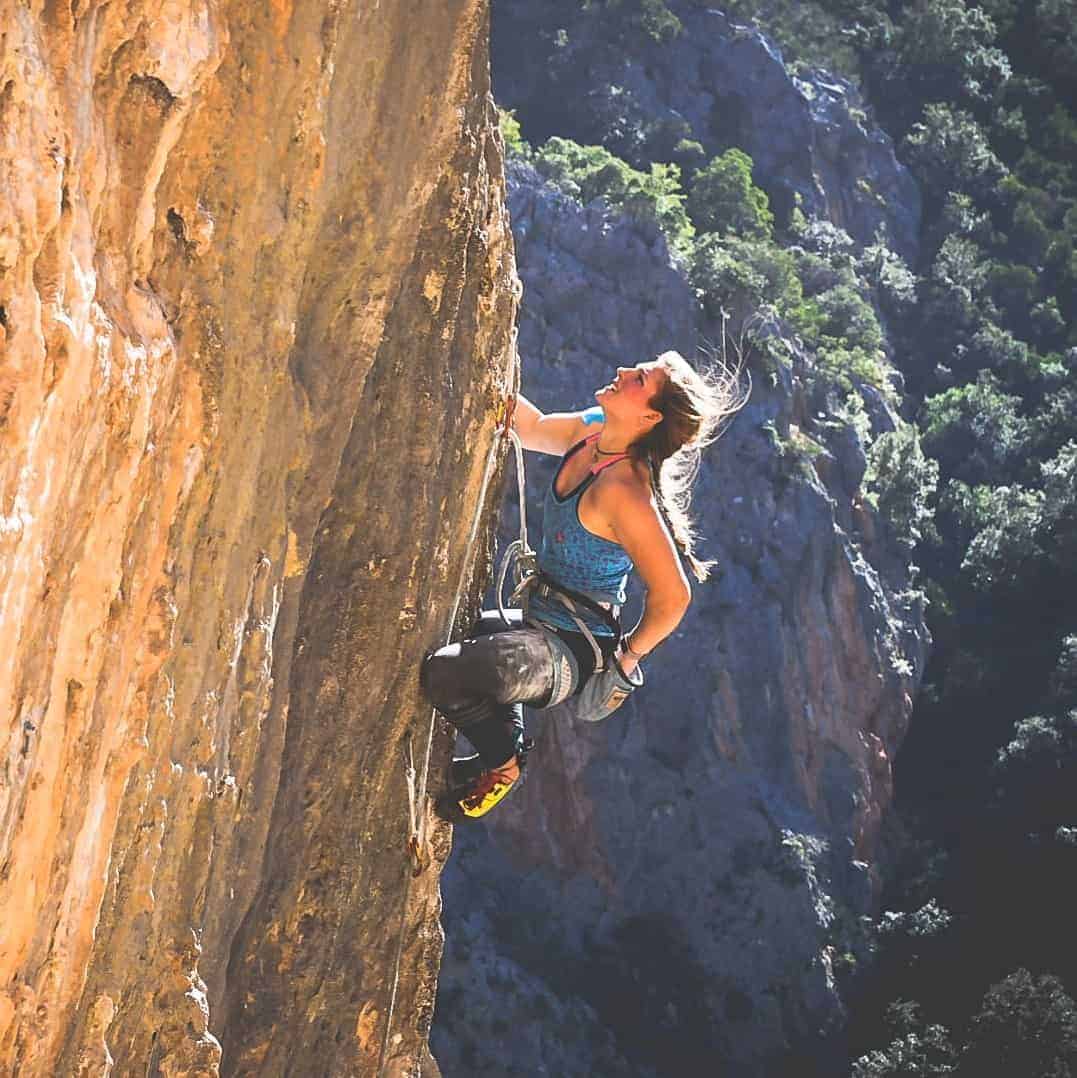